CITIZEN SCIENCE
RedPROMAR is you. RedPROMAR is everyone.
The Marine Life Observers Network is formed by people and entities committed to the conservation and knowledge of marine life in the Macaronesian Region, and who are also interested in scientific disclosure and marine citizen science.
RedPROMAR has a platform for recording information about biodiversity that facilitates the monitoring and surveillance of marine life. Thanks to its observers and partner entities, RedPROMAR operates as an early warning system that provides updated information on the health of the sea and changes occurring in ecosystems. RedPROMAR is also a direct communication channel between citizens, public authorities and the scientific community, as well as a means to allow citizens to learn about the sea, promoting their respect and care. 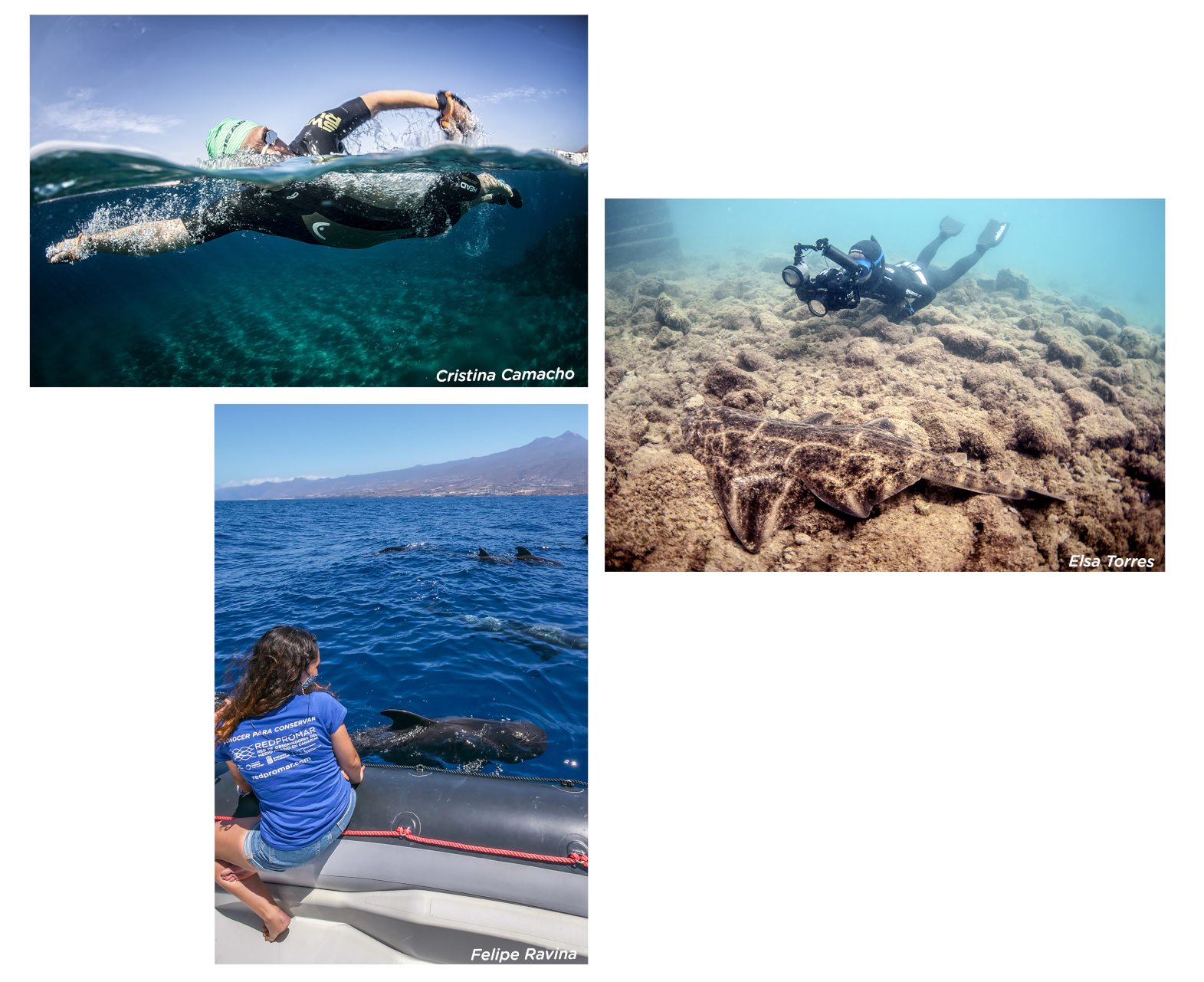 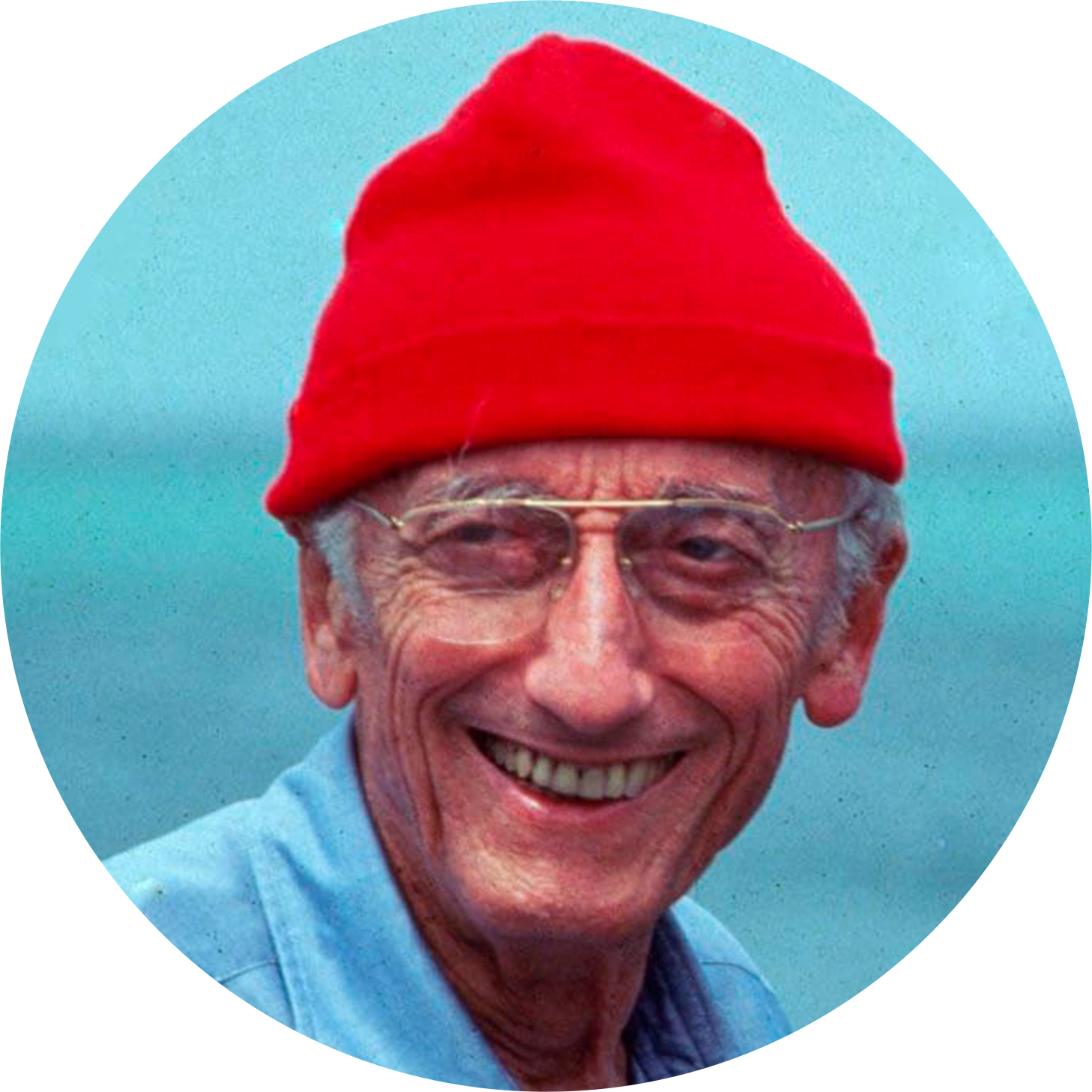 People protect what they love, but we only love what we understand.
-
Jacques Y. Cousteau
What purpose does Citizen Science serve?
Projects based on Citizen Science contribute to promote inclusive learning, knowledge exchange and the commitment to care for our seas.  Citizen Sciences provides useful information for identifying challenges and needs in order to promote marine management and conservation.
Contributing is very easy
1
Observe 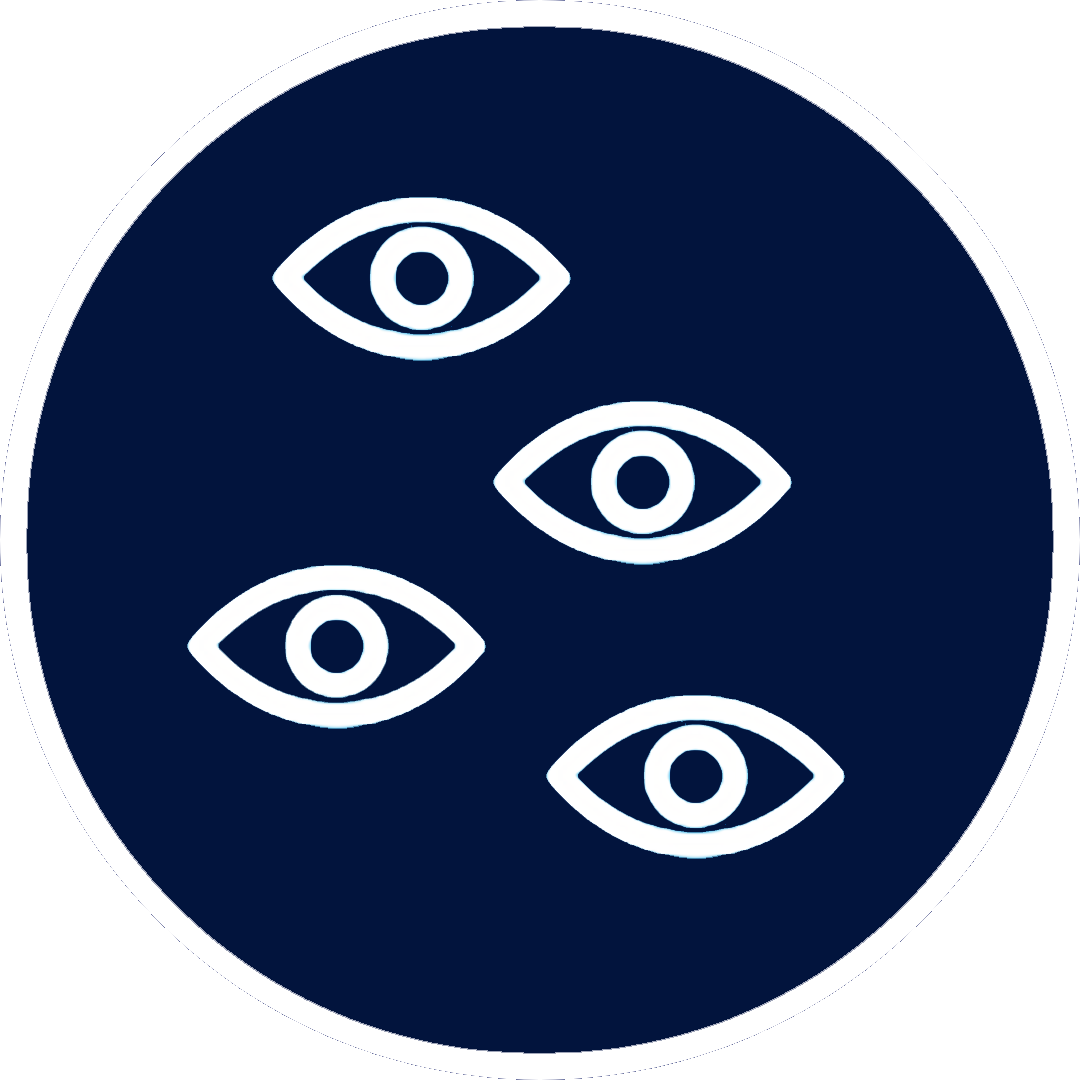 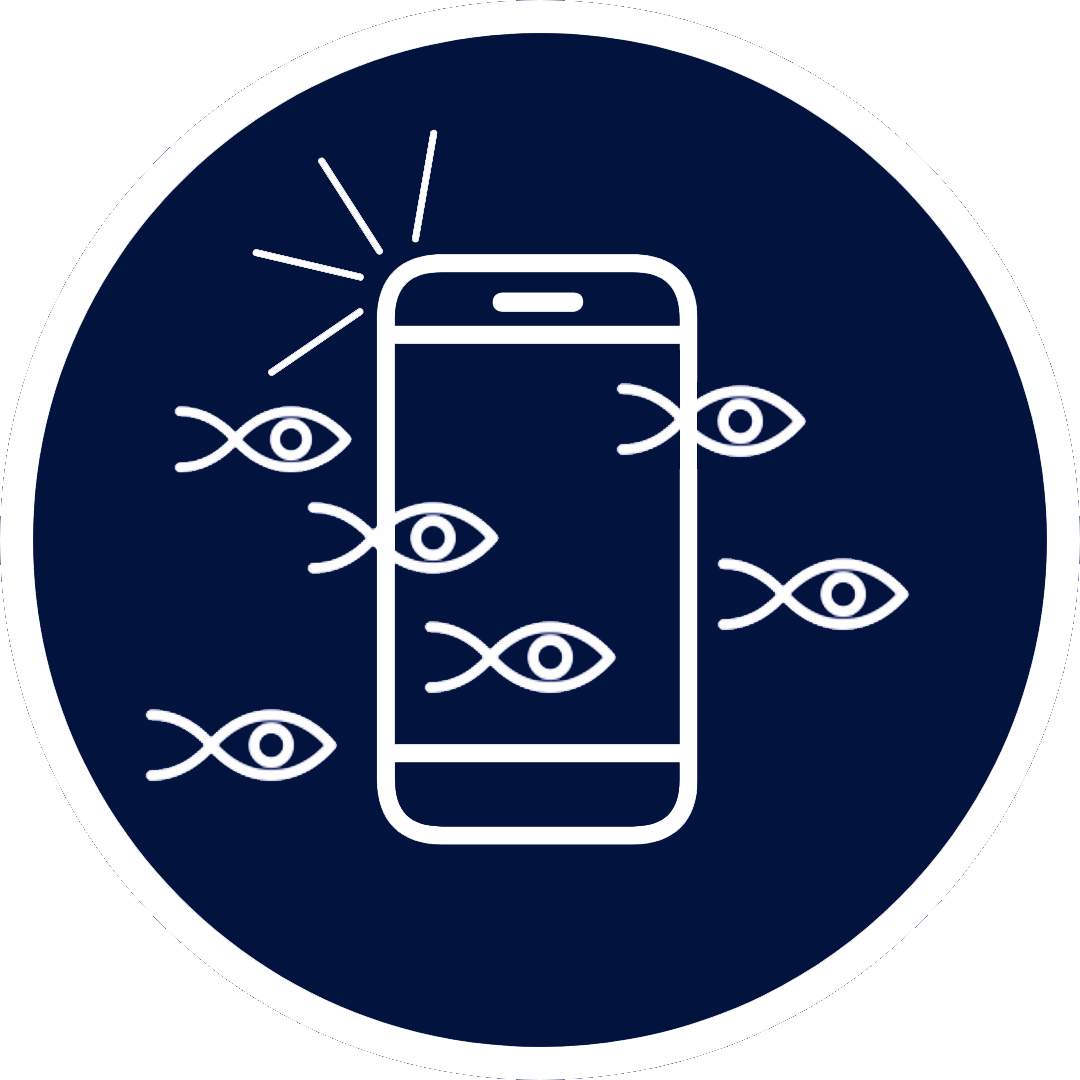 Benefits
Join our network!
Our values

Disseminate
Information is provided about the species and ecosystems into which they are distributed, thus contributing to increase the knowledge and interest of citizens.

Conserve
Knowledge makes it possible to monitor the most vulnerable species and ecosystems in order to protect them.

Learn
Marine ecosystems must be preserved and protected through projects and campaigns. 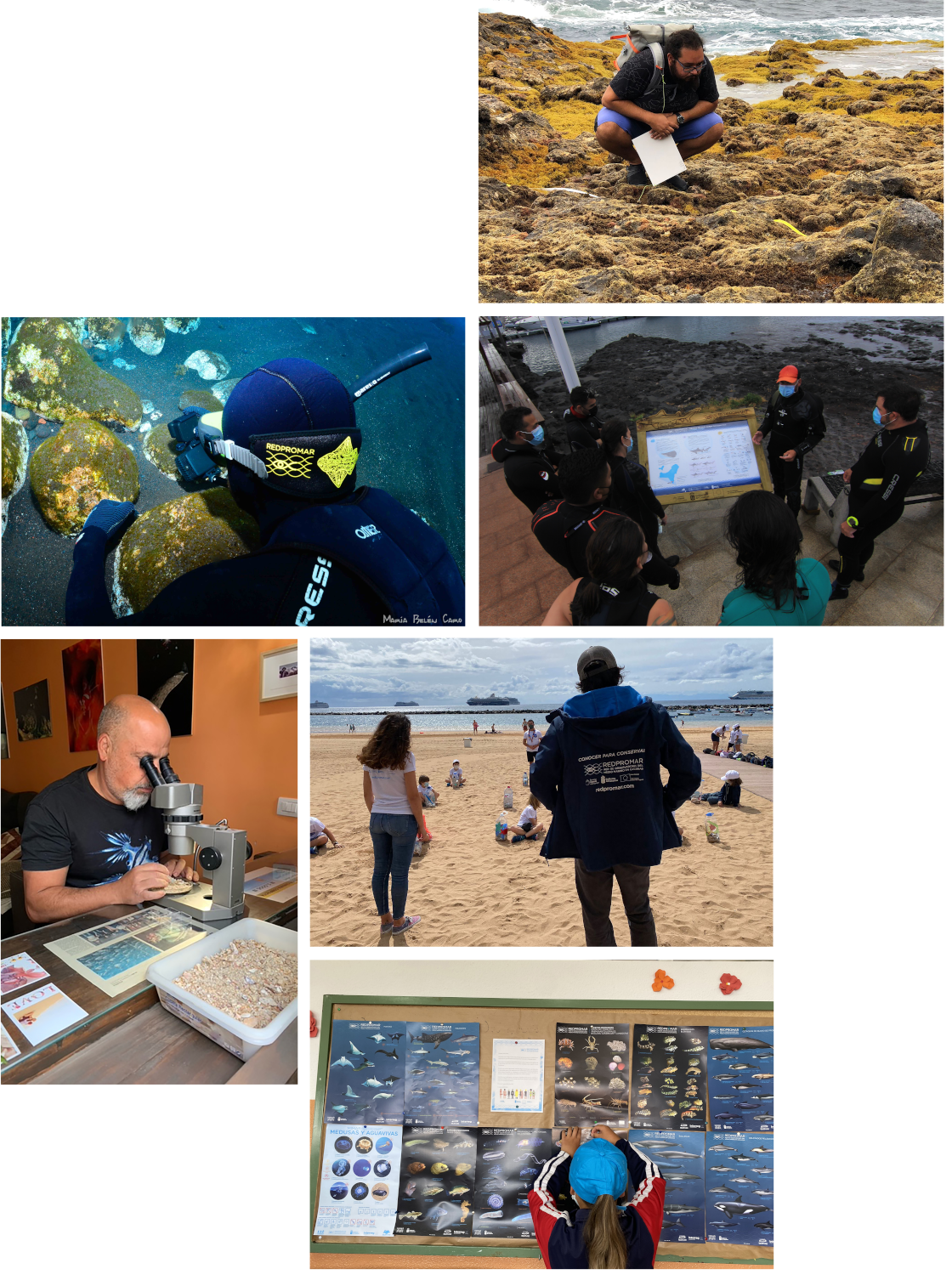 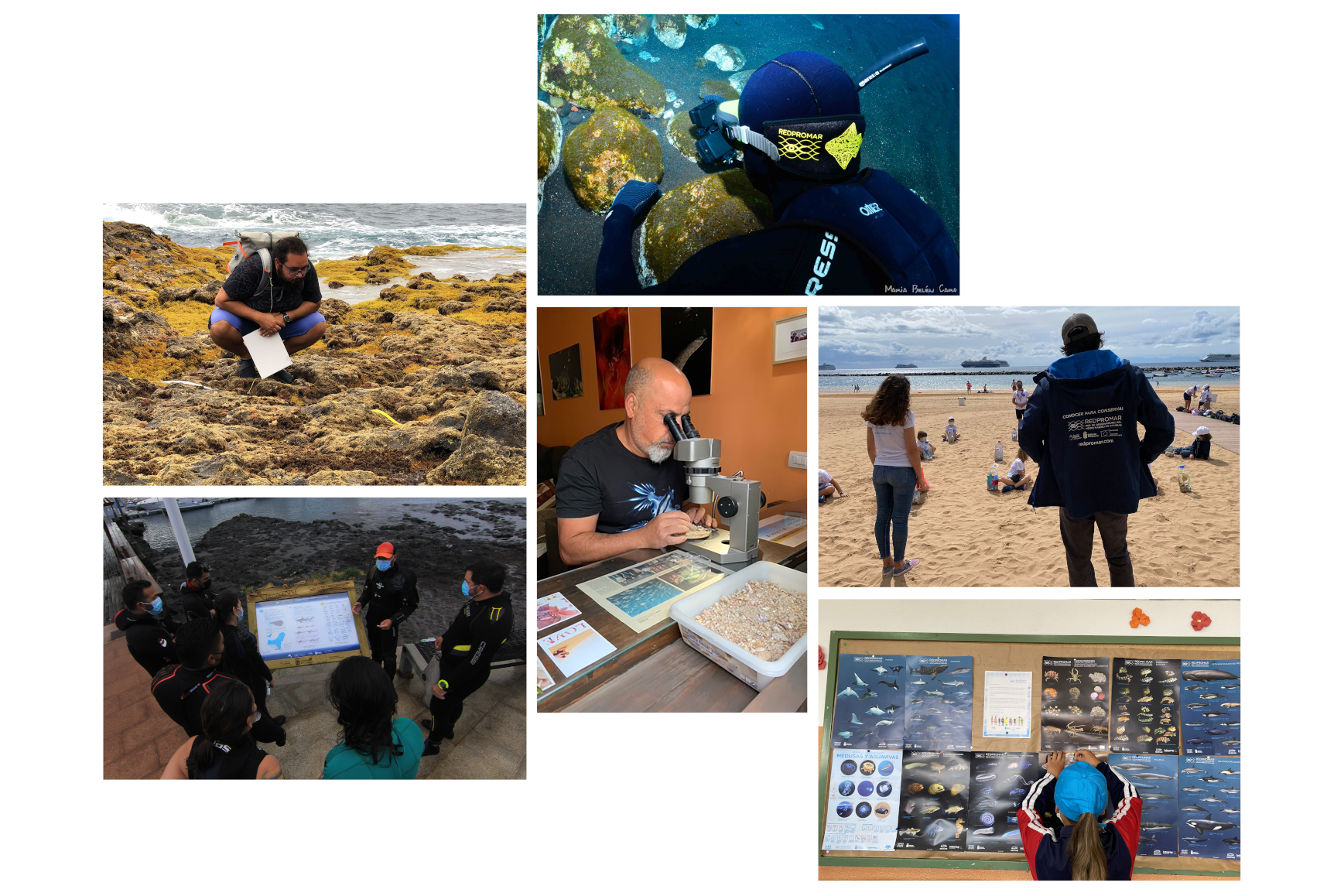 RedPROMAR has grown during all these years thanks to the people who have offered their support and commitment to this project.  This network is supported by three fundamental pillars:


Thanks to all of them, the technical team of RedPROMAR continues to put all their enthusiasm and effort into making this marine citizen science project a model for generating knowledge about marine life in the Canary Islands and its conservation.
Associates
Discover them!